What is Social Interaction

Social interaction is a broader area you can study or research on social aspects of Information technology. It is basically the building block of society. The word interaction is self-explanatory. Therefore, the social interaction word means two or more people interacting with each other. For an interaction to be a success at least two people are needed. If there is only one person, there is no interaction. 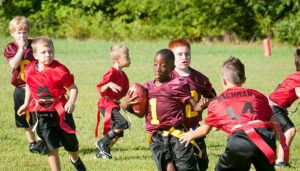 There are identified two types of Social Interactions

Symbolic Interaction is also another type. There are different types of relationships between people. It involves the use of language and symbols. It means communication through a common language is a symbolic process. It is considered as one of the most common methodologies in human society. Human beings convey their ideas through language and it is completed by the reciprocal response.

The methods of communication devised by man are sharp and effective than those animals. All cultures develop, expand and change only through language symbolic interaction. Without language, no culture can live. There is no culture in animals due to the fact that there is no common language among them. Through language, man stores its previous experiences and transmits them to the following generations with a change. 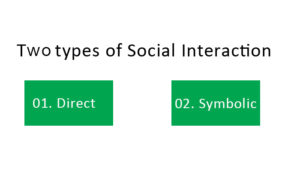 There is the main difference between these two terms. Social interaction and social interdependence. If I explain you through an example. Imagine a situation where you suddenly meet your friend during shopping time at the mall. Both were busy therefore, you two just wave at each other and move on. So, it is an ideal example of an interaction. You had contact by waving. But there was no need has met during the time of the contact. 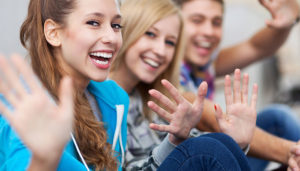 So, when It comes to human interdependence. Imagine you and your friend going shopping together. And at last, you two need to go home after shopping. You both do not have enough money to spend alone on the taxi. But when both of your money is collected, it is more than enough to pay for the taxi. Therefore, you two comes for an agreement, to share a taxi and split the charge accordingly. You both made a contact, and then you both depend on each other for a goal. It is a mutually agreed goal. It is to go home by splitting the charge of the taxi.

In Social Interaction Your actions affect what others do. Even when those others are infants

Western culture tends to focus on the individual and on individual rights. We assume that people have the right to do what they would like, at least as long as those actions don’t interfere with others. But, what does it mean for one person’s actions to affect the actions of another? In one study, for example, participants who read a story about someone who was trying to make money were more likely to look for opportunities to make money and to put effort into them than people who read a story that was not related to making money. An interesting study with young children suggests that children as young as 18- months old are also affected by the actions they see.

Research with children of this age suggests that they do like to be helpful. For example, Felix Warneken and Michael Tomasello described studies in a 2006 paper in Science in which 18-month-olds will help adults to reach things that they have dropped. These studies were extended by Harriet Over and Malinda Carpenter in a study published in the October 2009 issue of Psychological Science. They showed 18-month-olds a series of pictures. For some infants, the pictures showed people standing close together looking at each other. Three other groups were run as well. Some infants saw pictures with only one person in them. Others saw pictures with two people, but they were not looking at each other. A third group saw pictures with figures that were not people.

This finding suggests that infants who see others being social are encouraged to be social themselves. It is important to realize that both in the studies with adults and with infants, that the people in the study are unaware that observing others has affected their own actions. In studies with adults, participants are asked specifically about the relationship between reading stories about people and other aspects of the study, and they did not realize there was a connection. 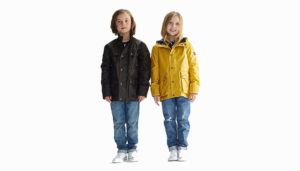 The infants in the study by Over and Carpenter are not asked, obviously, but it seems unlikely that they are aware that seeing a set of pictures would make them help an adult. Taking all of this work together, it seems that the borders of our actions are broader than we might think. People are affected by what we do if they just see or hear about our actions. We serve as an example to others in what we do. And this example is one that influences the behavior of others, even though they are not aware of the effect that our actions have had on them.